What happened to Science Fiction? 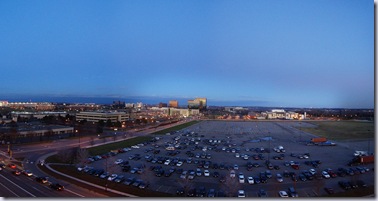 I spent the afternoon at the Mall of America ahead of my plane back to the Netherlands, buying clothes, a little melatonin, browsing for Christmas presents, getting a haircut, enjoying a plate of beef brisket at Famous Dave’s BBQ restaurant. I browsed the bookstore for some reads for the long-cold Dutch nights to come: Daniel Silva’s Secret Servant, David Wallace’s A Supposedly Fun Thing I’ll Never Do Again, Robyn Meridith’s The Elephant and the Dragon, and Emanuel Derman’s My Life As A Quant.

Once again, I bypassed the science fiction section.

Growing up, science fiction was my genre. I collected the Tom Swift Jr. series, fell in love with the future through Asimov, Clarke, Bradbury, and Wells, begged to go to the biggest-screen showing of 2001: A Space Odyssey when it opened.

Today, though, I can’t remember the last SciFi novel I read, or the speculative collection of short stories that I tucked into a travel bag. Curious. I wandered back over to survey the current offerings, and quickly uncovered five reasons why I fell out of love with Futureworld. 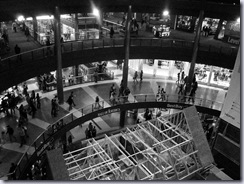 Email ThisBlogThis!Share to TwitterShare to FacebookShare to Pinterest
Labels: Other literature