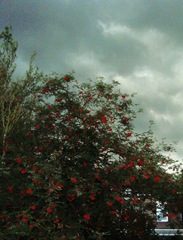 The lights went out at midday.

I didn't notice, still hammering at the data filling my spreadsheet. With the scientists headed for 'garden leave' around the first of August, our paper won't get done if the preprocessing isn't finished. It was only when I noticed the battery icon, curiously displayed at the lower right, that I stretched and broke to see what was going on.

Cord still plugged in, but nothing coming to any of the electronics plugged into the plug multiplier. Lights were out, and so were the ones in the next room, and in the hallway. And now I noticed the silence: no dishwasher, no washing machine.

<sigh> I must have overloaded the circuit trying to finish the housework faster.

In the US, electricity comes in through the mains to a central box in the garage or basement. There are tidy columns of circuit breakers there, each with a typed paper label: it's generally a matter of turning everything off, flipping the switches back on, and then increasing the load gradually.

The circuit box for my apartment in Arnhem is in the hall closet, no garage, but otherwise has the same neat rows of switches, only labeled in Dutch. And all perfectly fine. Curious.

I flipped a few breakers on and off hopefully. Nothing.

However, the illuminated button that opens the front door was still lit: that explained why the downstairs neighbors weren't knocking to see what I'd done. So, it must be local to me.

I got a flashlight and headed to the next logical spot: the basement.

Sure enough, there is a fuse box there, but nothing like I've ever seen. Screw-in fuses. Rotary switches. The meter box. I have to say that the Dutch are neat: the wiring was laid out on a wooden board, following straight runs with tiedowns, neat lines and angles that would have made any boat owner proud. The disk on the electric meter was turning slowly, so it wasn't a problem at the street (no dials like a US meter though, just a wide rolling counter).

I played with the rotary switches, and managed to turn off power to the basement: I'm not sure if these are master switches or primary breakers. They all looked consistently positioned in any case. So, I tackled the fuses. They unscrew, like the US version, but the box of spares thoughtfully provided were just housings. I rummaged around and found a small box of torpedo-shaped inserts. Very strange: the fuses here disassemble so that you can replace the innards?

I swapped the centers and pressed the pieces back together, reassembled the box, and the lights came back on upstairs. 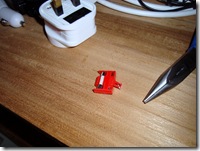 The two main lights over the dining room table remained off. Just bulbs, I thought, putting two new 60W bulbs in, to no effect. Everything else in the room worked, so I tackled the rotary switch on the wall. It came free after removing a few screws and nuts, revealing a little red drawer with a tiny fuse secreted away inside. It had a spare lodged into a bracket next to it, so I swapped that in and pushed the power again.

The switch immediately started sputtering and popping, arcing inside. The lights flickered.

The wires, stiff with age, had partially broken as I disassembled the switch from the wall. I stripped and trimmed the wires, reassembled the connections, and tried again: the lights came back on without the special effects. Finally!

Two hours spent tracing the problems: I am amazed at the Chinese box that constitutes Dutch house wiring. Triple redundancy, with a local fuse, circuit breakers, and mains fuses. I guess it's typical for the times, or maybe just for the culture? In any case, I laid in a full stock of parts today in case it happens again

Unfortunately, fatally distracted, I never did pick up the thread of work on the data.

Posted by Dave Hampton at 6:23 PM No comments:

Where to find vast, echoing silences

A beach at sunrise

Mountains after a storm

Sailing out of season 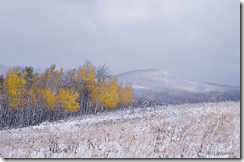 Hallways after the Social Plan

and, in summertime, on blogs authored by the Dutch...

'hope everyone is having fun vacations!

Great drives in the US

The Dutch seem to be headed to the US this summer. I suspect that it's driven by some combination of a strong euro and (relatively) cheap US gas, perhaps even by renewed interest in the US presidential race or bad weather here.

Whatever the reason, I've shared a bunch of evenings pouring over maps with friends, pointing out stops and handing out AAA guidebooks. I've driven the entire country except for Oklahoma, and the conversations have reminded me of so many of the places I've loved visiting over the years. So, I'll take this evening to share a few: I'm happy to send along more guidance for any of them if you are thinking about a visit. 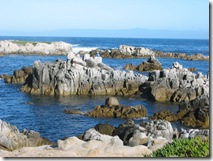 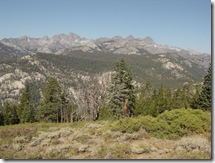 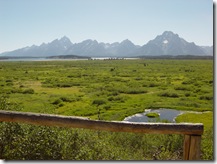 I spin the map scanning states and tracing highways, and there are still lots that I could suggest: short stretches through Arkansas or Colorado, a favored bit of southern Wisconsin or northern Minnesota, a memory between Las Vegas and the Grand Canyon. These are the ones that jumped out though...'makes me want to start a vacation tomorrow...

Former US Senator Jesse Helms died this month.  He was an arch-conservative senator representing North Carolina, and was the most vocal critic of progressive social causes in the Senate.  His opinions were often bigoted, his inflexibility was infuriating, his campaigns were a model for everything that is wrong with American politics.  I can't imagine anyone who embodied the pole of the political spectrum most distant from me.

Still, I appreciated having his voice (if not his style) in the public discourse.

Governmental policy should always be based on accurate understanding and fair solutions.  Accurate understanding, knowledge, doesn't rest simply on data, but also on how that data is interpreted.  Assumptions and context must also be considered.  Fair solutions are arrived at when a plurality of voices craft a policy.  The process gives each side a chance to take a stand, present their evidence, and participate in finding a solution.

The Bush administration's insistence on internal secrecy and suppression of dissenting voices run wholly counter to these principals, and have resulted in terrible public policy.  They may be expedient, but they have failed to grasp essential facts or to enlist wide support.  In turn, the Congress, the press, and the public failed to defend an opinion or to demand a voice alongside this Administration.  When each looks back and tries to draw their lessons, I hope that it will be to press for greater transparency and inclusion, not further partisan exclusion.

Jesse Helm's obituary reminds me of how much I disagreed with his stands over the years. But it also reminds me that his arguments forced balance into my stances and compassion into the policies that I advocated.  And, appropriately embraced, that is one of the true advantages of governing by representative democracy.

Posted by Dave Hampton at 11:23 AM No comments: