Evolution of the 4th of July

Happy 4th of July, everyone !

A day like any other here, but I’ve noted the creeping silence that has enveloped blogs and e-mail accounts  as US-based folks take off for the long holiday weekend.  Some are boating or visiting relatives; others taking lazy days at home to mingle with neighbors and watch community fireworks.  It’s a traditional  mid-summer holiday; my memories are connected more to stages in life than to civil celebrations.

As a child, we would visit my relatives in Dayton, Ohio for the 4th.

The GE / Whirlpool park would have a open-air movie night, with everyone sitting on the grass with a picnic watching a washed-out projection of some battlefield epic.  Tobruk was my favorite: Rock Hudson battling across the desert to blow up a petroleum farm.

In the 80’s, we lived in Kennewick, WA, a hyper-patriotic town in the distant desert of Washington state.  The 4th was an occasion for joining friends for a bar-b-q, watching fireworks over the Columba River from the apartment, and trying to avoid the 115 deg F daytime heat.

The 90’s found us raising kids near Seattle: there were obligatory trips to the fireworks stands to pick out the year’s explosives, inevitably spending about double what  planned, then waiting for it to get dark enough to shoot them off from the driveway.  It was a neighborhood affair, everyone would bring their contribution and we’d terrify small animals afraid of the noise until the wee hours.  There would be an hour’s round of picking up spent casings and papers the morning after.

Today, there’s an expat bar-b-q outside Maastricht, and we’ll celebrate quietly with red, white, and blue flowers, German sausages standing in for hotdogs, Belgian beer in place of Pabst, and no way to make chocolate cupcakes with coloured frosting.

Still, it will be fun to have a bit of a celebration to remember all the good summer times gone, hopefully lots still to come.

Posted by Dave Hampton at 5:08 PM No comments: Links to this post

Email ThisBlogThis!Share to TwitterShare to FacebookShare to Pinterest
Labels: US Holidays 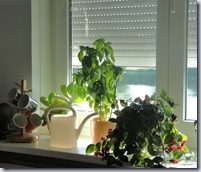 The July weather has really settled in along the river, shimmering off the streets and glinting off the water.

Air conditioning is not the norm in Maastricht: the apartment temperature is controlled by strategically manipulating the windows and lighting.  Metal shutters are installed on every window ( a rarity in the US), and I make the rounds a few times a day to crank them up and down to keep the direct sun out of the rooms.   Still, without a breeze, there is only so much that can be done, and by 5 pm the battle is often lost.

The rains are supposed to return tomorrow and cool things down through the (shhh…4th of July) weekend.  I need to crutch out and do a bit of shopping ahead of an expat bar-b-q that I’m looking forward to.  And there is the endless, yet wonderful work of starting the new business.

If only ING could get their act together: 30 business days now since the initial account application, and the BVio is still waiting until I can send money *to* the bank.

PS: My US attorney just wrote to say ‘ … you are certainly missing the sun over here.’  Serendip.

Posted by Dave Hampton at 7:59 PM 7 comments: Links to this post

Everything points to Maastricht

Kind of a fun “Maastricht in 5 minutes” video, one of two put out by local civic boosters.  It’s fun to pick out the places I know and wonder about the many I don’t. 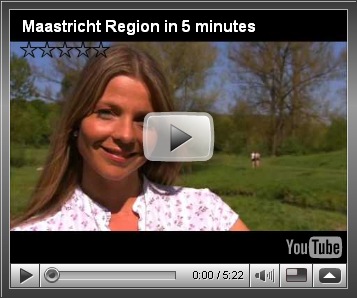 Posted by Dave Hampton at 3:34 PM No comments: Links to this post

What is an artist?

“One who creates art.”

Simple tautology, unsatisfying, raising questions rather than answering them.

I immersed in Sarah Thronton’s “Seven Days in the Art World” on Sunday: it’s a nice glimpse into the interlocked world of artists, collectors, dealers, and promoters who define the art world (the whole system around art, distinct, as she points out, from the “art market”, the subspace where works get bought and sold.)

Look away for a moment and think of four ways that visual artists can make money.

Sell their works, teach, take on a commission, be adopted by a patron?  The answer is relevant to anyone in in a creative profession: how do you create value , monetize, purely intellectual production?  There has to be agreement on value of the work, a liquid marketplace that affirms it’s desirability, and a willing buyer to ratify the judgment.

As depicted in the book, the art world is an interlocking, self-elevating network of buyers and sellers that moves between auctions, fairs, and biennales: continuously recognizing and ratifying value (if not actually taste).  Like so many forms of media,  the market is short of content, and the more depressing chapters discuss the ways that artists, schools, and journals become extensions of the market’s  production and branding process.

The section interviewing sculptor Takashi Murakami drives home the reductionism of this process.  Creativity is institutionalized,  demanding works that derive from what has already sold.  It reminded me of  the critical Seattle Times story about Dale Chihuly: at what point can works by others, even if done in his style and under his supervision, still be called “Original Chihuly”?

Or even “Original Art”?

The book’s an interesting read (and available in Dutch): it challenges my belief that ‘true art’ is beyond commercialization.  These days, nothing is.

So, an Artist is someone who creates content validated by the art world.

I always carried a more romantic image: an Artist makes their personal perspective tangible and communicative.

Reflecting on that, though, it seems like anyone from a programmer to a writer, a painter to an inventor, could qualify.  ‘Not that these varied people don’t act like artists, temperamental and single-minded, but their output doesn’t touch people like high art can.

What is an Artist?

I think that last characterization, from wikipedia, appeals to me the most.

Posted by Dave Hampton at 9:22 PM No comments: Links to this post

Interlude with health care and banking

'Back in Maastricht since the weekend and busy gong through weeks of unread mail and unaddressed to-do lists. I‘m navigating the town on crutches which adds to the time to accomplish almost anything.  I think that if I can’t get twice the upper body strength, I‘m just going to have to accept that things will take twice as long.

The good consequence of having to slow down and restrict my scope is that I’m finding the time for reading, practicing Dutch, and organizing the business that was hard to find before.  I’m learning how to find the bus-stop and get on the right bus for Vrijthof Square. I might go to a movie at the Minerva Bioscoop around the corner.

Also good, my first walk-in appointment with my local Dutch physician today.  There were about eight people in the waiting room at 9 am, and they moved through quickly: I think I was done by 10.  Everything is still  looking good, and I had a nice conversation with the other folks waiting.

The only issue was in trying to get a handicapped parking card for the windshield. Europeans don’t give temporary cards: only the permanently disabled are eligible, effective for a minimum period of six months or a maximum period of five years.

I also read the latest Economist’s comparison of US and European health care while I waited.  The commentary is interesting: the contrast quality, coverage, and cost and the conclusions are close to my own experiences.  Quality is excellent, with a slight tendency towards less diagnostic tests and preventative care here.  Coverage doesn’t seem to be an issue, and, even without local insurance, the cost of my office visit today was 24 euro, approximately the cost of my US co-pay.  The political sentiment in the US seems to be drifting towards adopting elements of the Swiss / Dutch systems, although the article notes that the Netherlands has seen rapid consolidation of insurers and hospitals that is driving up costs faster than the decentralized Swiss model.

The negative aspects of the day were, as always, the banks.

ING, which had promised to have business accounts set up in ten business days, is stalled at twenty.  Normally, they say, it takes two days, but the forced merger with Postbank is messing up the computers.  In my case, the branch made an error in the paperwork that has forced the whole application to have to be resubmitted.  The fact that it is their error is not causing any remorse: they advise me to sit home and wait to hear from the central office next week.

A looming problem is my need to open a US account for my Dutch business.  Stateside clients would prefer to deal with dollars and local banks, and I’m trying to set up a business to business conduit, but it’s proving to be tricky.  I‘ll post the solution when I find it.

I’m still amazed that international bankers and traders were able to somehow play fast and loose with currencies, contracts, and derivatives across national boundaries.  In the wake of 9/11, a lot of direct transatlantic access was severed and transactions were forced into narrow, monitored transfer pipes.  They are very difficult and expensive for me to operate: how did the hedge funds do it?

Posted by Dave Hampton at 4:55 PM 2 comments: Links to this post