Nailing down the US presence

I arrived back in Seattle with a day full of appointments to nail down the US connections to the new Dutch business.  The goal was to set up the tax and banking structures that would enable me to pay (minimal) taxes, partner with US talent, and simplify contracts with US clients, eliminating potential drawbacks of operating as a Dutch BV.

Clark Nuber is giving me organization, tax, and accounting support, and they’ve been knowledgeable and efficient.  I covered the agenda in an hour, coming away with a clear understanding of the company’s  legal structures and cash flows.  There shouldn’t be much spillover into US taxes after Dutch ones are paid, but I want to establish and coordinate the processes at the outset so that I (hopefully) won’t have to pay much attention to them during the rest of the year.

I want to establish a US bank account for the Dutch business to facilitate colleting and paying dollar-denominated invoices and bills.  HSBC said that they could handle it, but ran into significant issues familiar to me from years of trying to do expat banking.  I starting to believe that post 9/11 banking regulations were intended to prevent, not just monitor, cross-border cash flows.  In my case, the bank said that they were required to get third-party translation of my Dutch incorporation documents and to perform a site inspection of the company’s offices to verify that it existed, impossible for them to do.

As I left the meeting with the accountant, I spied a branch of United Commercial Bank (UCB), and decided to see if a face-to-face meeting might work better.  UCB turned out to be “the leading bank in the United States serving Chinese communities and American companies doing business in Greater China”.  No branches in Europe, but they had operations in major trading cities across the US and seemed willing to help.

Within two days, my business account was established and active.   They arranged conference calls with the bank’s decision-makers within hours; they arranged to get information directly from my accountant the same day.  They offered me green tea while information was entered and documents were compiled.  They called me twice a day to let me know how things were going.

Along the way, they noticed that I didn’t yet have a Certificate of Authority granting my foreign company the right to do business in the US, and helped me to complete that application.

I joined friends for a toast later in the evening to the new venture.  We started speculating about how much time had been sunk into setting up the transnational vehicle, and whether it had any independent value as a result.

If the main business ever falls through, I suppose I can always start a career creating and trading global shell companies ?

Posted by Dave Hampton at 6:34 PM 2 comments: Links to this post

Back from the Reunion

A few day’s break in Jackson Hole, Wyoming at the Grand Teton Lodge.  It was my mother’s ‘fourscore’ birthday, and the whole family came in to join the celebration.

It’s a real milestone birthday, and wonderful to see everyone again.  The Delft vase survived the journey from the Netherlands to Wyoming, and it felt nice to have brought something with tradition and history to the occasion.  And here’s the family picture, with my brothers (both younger), parents, and I. 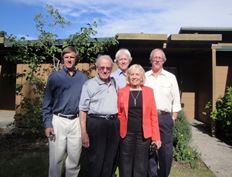 There were lots of opportunities for everyone to catch up during outings and events: I had to pass on the Snake River raft trip, but the picnics and excursions into town were fun. 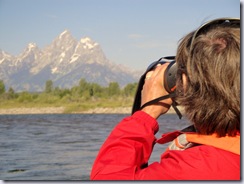 Interesting, too, tow see how everyone’s life is evolving as the children leave home.  People are starting to gravitate towards lifelong interests; one brother is an active aviator, while another has taken up climbing.  Everyone is traveling more, making plans and swapping ideas for places to go and things to do.

Nobody is letting the economic problems get in their way: we’re all still starting and expanding businesses, changing careers, and readjusting the work-life balance.  The younger kids are wondering what sort of family they’ve hooked into: expectations must be high. 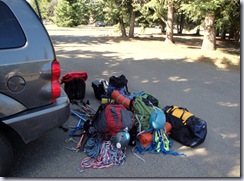 On the way back, we proved that you can drive from the Tetons to Seattle in a single (14-hour) day.  I still marvel at the hills, open spaces, lack of people, and trackless distances as contrasted to the Netherlands.  Being away does, indeed, make me see the familiar in wholly new ways. 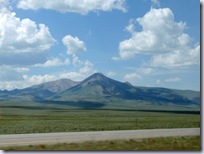 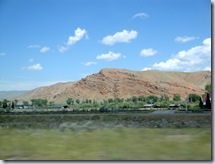 Posted by Dave Hampton at 2:10 AM No comments: Links to this post

View from my terrace

Posted by Dave Hampton at 6:41 PM 2 comments: Links to this post