A bit scarce, but… 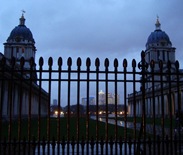 It’s been a thoroughly British week: another trip to Cambridge to finish lining up resources for the EEDA project and to make visits to the UK Tier 1 Visa folks, collecting  the odds and ends of components for the application packet. It’s turning into a full-time job.

In contrast to the Dutch application process, the UK application critically depends on extreme precision.  Each claim for points, whether for education, maintenance funds, or employment, must be accompanied by certified, original, English documentation.  Bank statements must be printed on letterhead, signed, and stamped with the bank seal.  Degrees must be the original copies handed out when graduating.  Salary payments must match to the date and penny on both sides of every transaction.  And no bank document can be older than 30 days.

The whole process almost foundered today because Fortis gave me my documents in Dutch rather than in English.  They are only usable if a licensed, certified translator generates cover documents.  After an hour of frantic phone calls, we found that the bank could, equivalently, certify an internet printout from their dual-language website.

ING was completely baffled: their post-downsizing branch policy no longer gives them the authority to print pr certify any documents.  It took hours, conversations with the branch manager, and intervention by a senior supervisor in Amsterdam, to even get current transactions printed on ING letterhead.

Then there is the cost…

All in all, this is one of the most difficult legal processes I’ve faced as an expat.  Hopefully, the biometrics and submission go smoothly next Wednesday in Chicago: I’ve got the appointments and the packet ready to go.

Ironically, I got a letter from IND that says my Dutch work / residency permit has been approved.  The process was easier and cheaper, focused on the business plan and the added value to the community.  Its a real contrast to the UK system of trying to find a rason to fail the application for formatting alone.

Posted by Dave Hampton at 10:10 PM No comments: Links to this post

The crossing from Dunkerque to Dover was rough this week. There were large rolling swells, wind-blown spray white off the wave crests, and fountains of spume with each drop of the ferry’s bow.  The photo shows out approach to Dover, in the distance.  It made me wonder how the Romans ever made the crossing in small boats with oarsmen or sails.

Sitting in the ferry’s forward lounge nursing a headache and a coffee, I was pensively reflecting on people, setbacks and disappointments.  Do normal people intentionally try to hurt one another?  Not physical injury, but emotional damage, the kind that erodes trust and confidence, makes one feel resentful and betrayed. It feels like you have to answer that question before you can start to answer how to resolve the pains inflicted.

On the one hand, It’s axiomatic that nobody should willfully want to hurt another, especially someone that they are close to like a partner or a child.  Everyone virtuously says that they never would intentionally inflict emotional pain. Nonetheless, everyone does thoughtlessly or selfishly hurt others.  And I’d actually go a step further and say that we are all  prone to intentional lapses when desperate or provoked.

So, then: How, from the receiving end, do we distinguish accident from malice?

Perhaps from knowing the limits of intention?  I can only think of two circumstances where I’ve knowingly crossed the line: it happens very rarely, but I don’t think it’s unusual and suggests causes to consider.

One is for simple revenge.  Decades ago, when I took a sick day to interview for a new position, a colleague went to the company president with the information.  The president was waiting in my office the next morning to demand the truth: I thought I was about to be fired.  I knew that the colleague, an IT manager, had passed around some internal financial memos that were supposed to be confidential, so I took the calculated step of briefing the CFO of the breach.  He didn’t fire the IT guy, but he did scare him as much as had been done to me.

The other is to forcefully communicate my own hurts.  When a child does something deeply disappointing, the natural remedy is to explain why their actions were wrong and to impress on them the need to change.  As teenagers, they sometimes respond with defiance or scorn, both hugely irritating.  Then I occasionally crossed the line from wanting them to understand to wanting them to feel as bad as I felt.  I’ve caught myself doing it a couple of times, not losing my temper, but just that subtle change of emotional  focus.  Realizing it caused me to become much more aware of where the boundary was, and the need to disengage from the argument when it came into sight.

In the end, I believe we shouldn’t try to inflict emotional pain on others, and I usually don’t.  But I think we’re all human and fall prey to temptation in exceptional circumstances.  When someone inflicts pain on you, is it enough to check off whether the motives are intentional revenge or anger?  If neither, then it’s unintentional, and there’s some basis for discussion and moving on?

I didn’t get to the end of the thought: the seawalls of Dover Harbor passed the windows and the loudspeakers called us back to our vehicles.  But the question still nags; feelings are hard to dispel with philosophy alone.

Posted by Dave Hampton at 11:01 AM No comments: Links to this post

Syncing through the cloud

How do you sync files between multiple computers?

I’ve written previously about my trials with internet based backup solutions: they were slow, expensive, tended to delete files instead of creating incremental backups, and dragged down my computer performance. I finally settled on using a cheap portable half-terabyte USB hard drive: I can literally drop all of the User directory tree onto it every week.

Lately, I’ve taken to doing the incremental backups using Beyond Compare, an outstanding folder comparison and synchronization utility from Scooter Software (Disclaimer: I have paid for my registered copy).

Now that I have two computers, a desktop in the office and a laptop for the road, I’m finding that I have to synchronize files between them. I have four key directories that I use for various projects and am constantly updating files, creating content, and changing directory structures as work progresses. Since I back up onto the USB drive, I’ve fallen into the bad habit of carrying my master backups around with me and synchronizing it onto whatever computer I’m currently working with.

This is, of course, a terrible idea: it puts my backup at physical risk and takes time at the start and end of every work session.

A couple of days ago, I found a solution through the productivity website Lifehacker, pointing to a cloud solution called DropBox.

I’ve been playing with the site for a few days, and it is really neat. A simple, free utility download installs the DropBox tool onto each computer, where it appears in Windows Explorer along with my other drives. I can create folders, drag and drop, and my files go up into the cloud as fast as they would on my USB drive. I have a free, private, password protected account with 2 GB of storage for testing: more is available for $9.99 / mo for 25 GB, $19.95 for 50 GB.

But the magic really started to happen when I freed myself from the idea of copying files around at all.

If I use DropBox as my working folder, then the various computers become simple windows onto the remote directories. When I log in, my work is just as I left it. The utility stores local copies on each machine and synchronizes to the latest version when I connect, so that I can continue working even if I’m not in Starbucks connected to the Internet.

It’s slowly changing how I think about my computer, from a notebook filled with project files to a tool that connects with my files.

I’m still experimenting, but I like what I see so far. It looks like you can even give limited access to colleagues by setting up subsidiary accounts. Lifehacker has lots of other creative ideas for how to use the site, and, if it seems to work reliably, I will upgrade to a pay account. It’s well worth a look.

Posted by Dave Hampton at 3:34 PM 3 comments: Links to this post