No day starts well with coffee poured into a bowl of cereal.

I’ve been running of five hours sleep each night for several days, making slow progress against the inburgering modules. I currently have ten of the 34 done, feeling like I have a good shot at finishing this week.

This morning was muzzy, though: I was studying my text with one hand, pouring coffee into my flakes instead of my cup with the other.  The overnight mail yielded new reports and agreements to review; diligence documents and contract notes had to be sent off before school.  I mashed the “Send” button time and again, watching the clock and calculating the bike ride.

9:00 am: class begins.  Our new teacher handed out the week’s assignments, setting me aside from the other two students.  I just don’t understands why you are in the Work Trajectory.  ‘time to figure out what was going on.

An hour of digging with various administrators confirmed that something had gone very wrong.

In the path through the interviews and tests, my file had been marked as a Work Trainee.  So, I was shunted onto a Work/Study course, in which I would receive equal parts straining in the basics of everyday life and study skills, and basic language fluency.  Afternoons, I would be expected to work in the garden or the shop, learning a trade.

Since I scored highly on all of the tests and had a university degree, I belonged in the Staatexamen I (NT1) trajectory,along with the rest of my classmates.  This happens all the time; the Gemeente never gets it right.  And all of the modules I completed this weekend? Don’t worry, you don’t need to do that program.  And to get onto the right trajectory? You will need to talk with your contact at the Gemeente and ask them to change it. 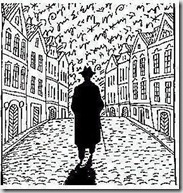 The college head gave me a scrap of paper with my manager’s name and phone number at the city hall and suggested I could come back tomorrow and start right once things were straightened out.

They were very nice about it, but, in truth, where to begin again?  I’ve been following a trail laid down through a series of letters directing me through a series of interviews for months.  There was no continuing human contact; I didn’t even recognize the name o my case manager.  Who could know where it went off track (if only I’d know where to drop my non-existent Dutch children off for school…)?

And what vocation were they about to train me for?

I called the Gemeente; a clerk told me that my case manager was unavailable until next week.  <sigh>  No, I’m sorry, could someone help me to fix this today?

So it began, and continues.  I’m likely making some progress, I have a new workbook and new login codes that seem focused on gaining language proficiency rather than recycling and insurance skills.  The Gemeente-clerk is consulting with the head of the college, and assures me that this is an easy fix.  I’ve decided to take the afternoon off from Dutch.