I packed up and headed out of Maastricht late Wednesday.  It wasn’t really late in the “darkness falls” sense, but late to be getting to a 4 pm ferry.  There was lots to wrap up, issues with the banks, a couple of utility questions to settle, and a component to drop off with the design engineers.  By 1 pm, though, I was aimed east with a full tank of gas and didn’t stop until I pulled into the Dunkirk docks at 3:30, minutes ahead of the 4 pm loading.  They’d put a nicer boat onto the line and it was a much more pleasant voyage, filled with waves and spray but warm and well-lit. 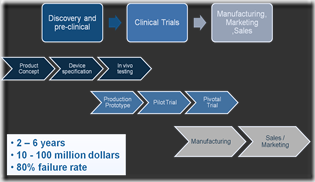 The second of my four Cambridge class presentations was on Thursday morning, describing the process of medical device creation.  There is a template, both an engineering best practice and a directive from regulatory bodies, so it’s a pretty cut and dried topic.  I try to get everyone engaged and thinking by using some case examples for discussion: these are drawn from real life and, again, the class has lots of good suggestions that would enhance the actual design effort.  I really hope that some will take the plunge and start something exciting on their own. 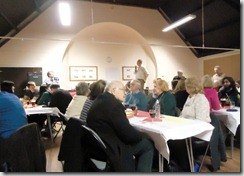 Our Cambridgeshire village held their annual Quiz Night on Friday evening.  It’s one of several big community events, and a good proportion of the residents come to the Village Hall to compete, mercilessly.  There’s a dessert buffet (what we’d call a PotLuck in the US where people contribute a dish) and the inevitable charity raffle.  Topics ranged from local history (How many acres in the Village Green?) to culture (Richard Dreyfus’ character’s name in Jaws?) to literature and sports.  Most of it was pretty Brit-centric, so I wasn’t much help to my table (even with the Dutch question: How many languages has Anne Frank’s diary been tranlated to?).  The one I did know, the most common element on earth (Iron) was wrongly corrected by the QuizMaster to Hydrogen.

But it was lots of fun, especially since we *won* at the end of the night. 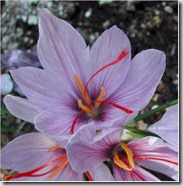 I’m finding a lot of shortages on shelves lately, odd sorts of things.  Light bulbs, cashews, hard disk drives, and, most recently, saffron.  The stores say that they are being left empty by suppliers, and some of the flooding and earthquakes in Asia may be to fault for the computer parts.  But it would be worrisome if the global supply chains were generally so delicate. Saffron turned up, finally, at the local garden store, but cost several pounds for only a few threads. ‘barely enough to cook with.

That seems like a price where supplier substitution should kick in – I know it’s usually a ‘hot / arid’ sort of plant, but I’m almost willing to give it a try at $1000 / pound, commercially.