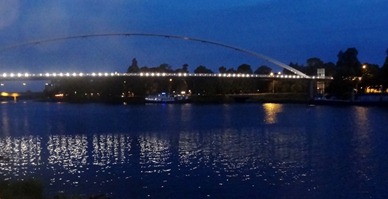 I’ve commented before that expat gatherings make for lively and insightful conversation.  Everyone has seen a lot and knows the landscape, has a sharp eye and open attitude to cross-cultural differences, and has a wry sense of humor for senseless and petty impediments.

First-world corruption is paying someone to do what they aren’t supposed to do; third-world is paying for what they should do, commented the diplomat as he poured some wine.  A vigorous debate on political morality followed.

The German strasse means any road, whereas straat is only for a road with bordering buildings, otherwise it’s a weg, observed the architect, munching pizza and prompting a lively debate about the differences between avenues, ways, lanes, alleys, and pavements in the US, UK and Netherlands. 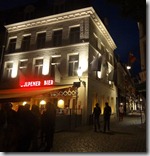 Nations with a colonial history produce better diplomats than nations without one, asserted the historian over coffee.  The virtues of Dutch trading posts vs. British colonies was discussed.  I think that Europeans cite history like Americans tell family stories: there is nothing abstract about it.

Barack Obama is a socialist in the European reform Marxism tradition, asserts Forbes, in what passes for informed dinner-table opinion in the US.  ‘Hard to have an intelligent discussion about the election no matter what angle we started.

I took a stroll through the summer evening afterwards, enjoying the soft lighting, the laughter in the café’s, the  music flowing out of the bars.   It’s still delightful, remarkable. 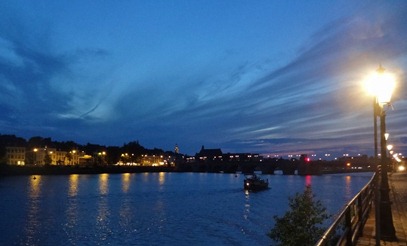 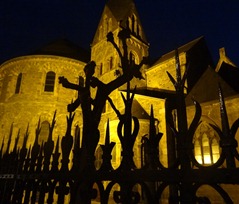 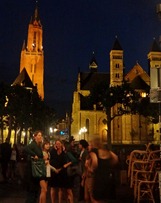 Americans need to be a bit more cosmopolitan, less xenophobic, more good-natured as we debate social, political, and economic issues. We miss out on a lot of interesting ideas and practical wisdom by bashing “Old Europe” without going to look and pausing to listen.

Email ThisBlogThis!Share to TwitterShare to FacebookShare to Pinterest
Labels: Cross-Cultural Contrasts, US Perspectives