It’ s starting to be an interesting weekend in Maastricht.

In my catalog of things to do, I missed out on Theater van het Vat, a three-night celebration of performing arts being held at bars throughout the city.

I stumbled across it by mis- (good-) fortune: I decided to get some air and bundled my receipts and notes off to a local pub for a quiet bier.  Instead, the bars were filled with snips of (Dutch) performances and the streets filled with patrons wandering from venue to venue.  It was an interesting event: nothing to recognizable, but put on with energy and good humor.

Then, wandering home, I stumbled across one venue for the Living Room concert, marked out along the river with candles and featuring a quartet and a poetry reader inside.  I watched through the window for a while – good music and a small group enjoying it.  This looks like a nice event to remember for next year.

Around midnight, I did find a quiet corner and was about half way through entering the week’s spending in my little book when a shabby, grey-beaded man set up at my table with a beer and started making conversation.  He actually turned out to be a retired civic profession, widely travelled, who knew that Seattle was in one of two Washington’s (and where each one was).  We shared a drink and a few stories, he had a ready laugh and a good perspective.

If my days weren’t so full, I’d make a great night owl.

Posted by Dave Hampton at 9:18 AM No comments: Links to this post

Back along the Maas

After a week in cold and rain in England it was…more of the same to bounce across the Channel into cold and rain in the Netherlands.  I still maintain that winter is starting later and ending more slowly than it used to.  Physics tells me that the seasons don’t rotate within the year, but still, the hysteresis feels more pronounced.

It will be a busy week – our experiments in Seattle and Chicago have given the designers a lot to think about here as they sift through our data.  But the picture looks very good (trust me):

The weather has turned sunny, so hopefully ‘warmer’ can’t be far behind.  People seem very concerned about the economy, surprising considering how (relatively) well things are going in the Netherlands.  The only distress I get is at the food store: my allowance for re-stocking the ‘fridge seems to buy substantially less than what it used to. 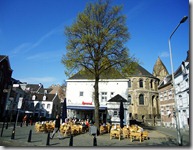 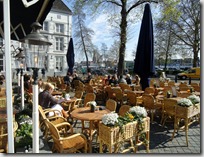 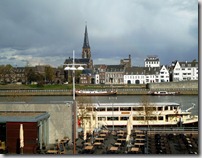 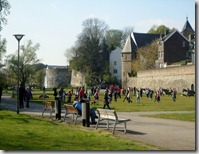 I can’t wait to talk to the Ford dealer about a replacement for my expiring car lease.

Posted by Dave Hampton at 11:56 AM No comments: Links to this post

Queens Day (April 30) of course, but if the bierlijk boat parties aren’t your style, a few other suggestions (Note: I’m working on tickets for these, but haven’t managed to get them all settled yet): 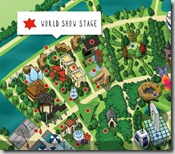 Floriade: A once-every-ten-years world horticulture event in Venlo through October 7, this looks like a serious flower event.  If anyone has discount codes, let me know, but the tickets are 25 euro, 5 more for the gondola, add shuttle bus and train ticket and its about 45 euro for a day.  The travel options are only available if you go through the Dutch site, not the .com English site, and the coupons for train, shuttle, and entry have to printed separately.

Graduation:  I am proud – my daughter graduates college on the 4th.  This comes on the heels of her highly successful spring fashion show last week.  It means another US trip, but I’m dropping everything for this one.

Live at your livingroom: This sounds like a cool idea although I haven’t tried it yet.

Sign up for 7.50 euro (one drink free) and you will be met and taken to someone’s living room for a small concert.  I found a quartet practicing for this in a living room apartment along the Maas last night, and they were really excellent.

The Afterlife:   I heard neurophysiologist David Eagleman on a podcast talking about his collection of short stories speculating on variations of the afterlife.

I picked up the slim book and it is thoroughly enjoyable: each story starts with a simple premise about what the world might be like after death, then runs with it.

When you arrive in the afterlife, the Technicians inform you of the great opportunity awaiting you: make any single change you want, then live life over again.

As always, recommendations and opinions are my own; I was neither invited nor compensated for any of these segments.

Posted by Dave Hampton at 7:44 PM 2 comments: Links to this post

Email ThisBlogThis!Share to TwitterShare to FacebookShare to Pinterest
Labels: Events, Everyday life in the Netherlands

What makes a great Group?

I stopped through the Orchard Tea Garden today, outside Cambridge in the historic village of Grantchester.  It’s a garden in an oasis.  Grantchester was, for many years, a bohemian bedroom community of the colleges five miles away, a lazy day’s punt along the Cam or a brisk walk through the surrounding fields.  Literary lights including Byron and Archer (not really in the same league) resided there, and it’s said to have the highest concentration of Nobel Prize winners of any spot on earth.

The Orchard was a rooming house where poet Rupert Brooks lived at the turn of the century: the tradition of sitting in folding canvas chairs among the trees for tea, scones, and conversation sprung up around him 100 years ago.  You can still sit among the trees on similar chairs (in the rain, today) and read poetry written by the members of the Grantchester Group of writers, philosophers, and artists who met there.

The Grantchester Group started as an offshoot of the London-based Bloomsbury Group, of which Keynes, Woolf, Russell, Wittgenstein and others were also members.  Many went on to become famous writers, scholars, thinkers, and teachers.  Accounts of the period highlight the remarkable composition of the group and the unique ways in which the members struck intellectual sparks from one another.  All credit the early influence of the others as a factor in their later success.

But to what extent is their later individual success a function of that early association?

Certainly there are partnerships that bring out latent talents and creative works that transcend what individual members might have accomplished alone.  Like a virus, ideas can spread among receptive and energetic minds, especially in an isolated and relaxed social settings  Startup accelerators operate on those same principles today.  A bright gang of 20-somethings, playfully topping one another, can incubate enough ideas to fill a career.

But it may also be that these groups are simple self-promoting, retrospectively.  When each of member looks back on their lives, did they fondly remember their youth, giving it undue credit for focusing and motivating their later works?  I think that we all reflect back on formative experiences in our 20’s, whether first love, going to war, off to college, road trips as coming-of-age stories that shaped our later lives and works.

Would the Grantchester Group be remembered for it’s own product if it’s members hadn’t had individually remarkable careers afterward?

These Great Groups, artistic and literary, seem to share at least two traits.  They are young: contrast Groups like the pre-Raphaelites or the ‘Lost Generation’ in Paris with older Schools like the Bauhaus.  And the Group created it’s major body of work after the members dispersed, following their own intellectual trajectories.

In that sense I wonder if “Group” isn’t more of a convenient label afterwards than a causal force ahead of their success.