This has been a week for tripping over the renewals of my public documents, as I contact various government agencies to try to straighten out my official paperwork.

The IND has sent me all of the paperwork to renew my residence permit in the Netherlands for the coming year. Last time it took 9 months to clear in February, yet they issue the permit from the anniversary date in August.  That means I had my valid permit for four months before the application process starts again.

Yet another reason to get that Dutch certificate for Permanent (along with avoiding  the yearly 300 euro filing fee.)

Similarly, my UK work permit expires in January and needs an application filed for a one-year renewal.  Given the cutbacks in the number of Tier 1 visas available, I don’t want to lose this.

So far, no response from my immigration service in London though.

My US passport , valid for a decade more, is running out of pages for visa stamps.  I had one set inserted at the embassy in Amsterdam, apparently you are allowed two before needing to replace the passport.  Normally renewals are simple: fill in the DS82 form, send your passport with money and it comes back in a few weeks.

Bad news if I have to be outside the us during that period, so it means negotiating with the embassy in London, Brussels, or Amsterdam.  Easy to get more pages, but difficult if I need to replace the passport, as I can’t travel during the processing.

And there’s the matter of preserving UK Tier 1 permit in the passport: so far the immigration service is silent.

Finally, and best of all, I discovered at the car rental counter that my Washington State driver’s license had expired on my birthday last month.  They let me rent the car using my Dutch driving license, but that required taking full insurance, doubling the price of the rental.

I tried to renew on-line but the form told me to go see their office.  I did, paying my $25 and getting a new picture.  And I got a notice of a suspended or revoked Illinois driver’s license: I need to clear that citation in 45 days or lose my Washington license.

I lived in Illinois until 1982, and so this citation is 30 years old.  I talked to the Peoria County Courthouse who confirmed that the matter was “dismissed” decades ago.  However, since it wasn’t “vacated”, I owe $70 to reinstate the license.

I haven’t lived in Illinois for 30 years.and so I haven’t needed an Illinois license.  The traffic court computers were recently networked nationwide so that old fines could be cleared.  And I was one of them,.  There  is no appeals process, and $70 feels too small to retain a lawyer.  The only way to remove the fine is to have Peoria amend the paperwork to vacate the case, the case file is long gone (it was for an expired car tab) but Peoria agreed to send a not to the State to see what they could do.

It’s all feeling quite insane, and becoming somewhat time consuming.

Posted by Dave Hampton at 6:02 PM 2 comments: Links to this post

Email ThisBlogThis!Share to TwitterShare to FacebookShare to Pinterest
Labels: Advice, US Perspectives

I’m proud of my daughter’s completion of her four-year degree in Fashion and Marketing at Washington State University.  She was one of over 2000 graduates in Pullman that filled the basketball arena: there were inspirational speeches by the faculty (all punctuated by Go Cougs fist pumping), cheers from family members each time a graduate was introduced on the jumbo TV, ritual queuing for pictures alongside the school mascot, posing (and a nice dinner) with Boyfriend Mike.

It was a fun weekend and the culmination of a lot of Laura’s hard work.  We are proud of each of our children for their unique talents and accomplishments: ‘Liam in the Air Force, now Laura getting her diploma. 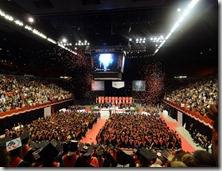 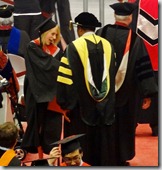 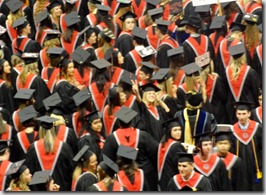 Posted by Dave Hampton at 10:49 AM No comments: Links to this post