Coming back to changes

‘Being out of touch last week means a few surprises this week, good and bad.

What happened to the Euro?  A 5% move in a week that significantly raises the cost of our Dutch engineering group for our US investors.  Analysts credit US economic weakness,  German court approval of the European Stability Mechanism, and a bullish speech by EU President Barroso, but it’s remarkable given the euro’s weakness  for most of this year.

I recommended photo-sharing site ZangZing last year for creating group photo a albums, and our China tour group created a wonderful archive.  Without warning, the site went dark at the end of August, permanently deleting all content.  This follows on Microsoft’s takedown of it’s Small Business web servers, deleting my Stone Bridge web pages and email accounts.  This is always my fear with trusting cloud services to manage my data: I’m totally at the mercy of their decision to maintain the servers.  Providers say they will always be there for users, but business is business if their model fails.

The Dutch gathered in the lobby trying to get some internet access to pick up the election results Wednesday night.   It felt like a balanced result, with center-left and center-right parties winning the most seats. From the European standpoint, it was majority support for the Union although Dutch commentators said that’s a misinterpretation of the results.  Lots of skepticism of bailouts remains.

Sept 30, twelve teams, pairs with a special relationship, go head-to-head in one lap round the world for $ 1 million.  I always enjoy both the travelogue and the psychology of this reality show, matching my experiences and my destinations.  ‘Blocked in Europe by CBS, unfortunately: I pick up episodes by installing a proxy or torrent server.

Posted by Dave Hampton at 9:18 PM No comments:

The cardiology research group STAFF had a meeting in Krakow, Poland this week.  40 scientists, clinicians,  and designers, including me, were invited to discuss how to improve ECG diagnosis of cardiac ischemia at a chalet outside the city.  It was really a delight, old friends, new places, good food, and discovery.  I’ve got some details that I want to think through in future essays, but the city itself merits a good look. 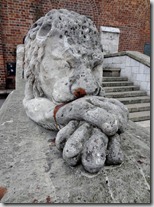 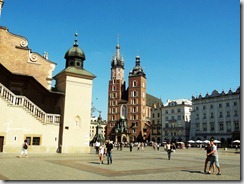 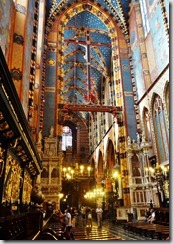 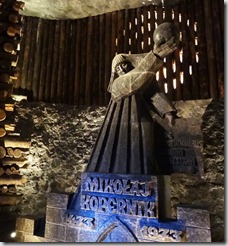 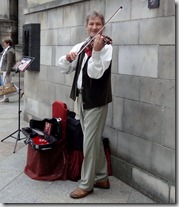 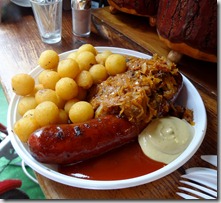 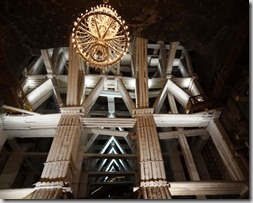 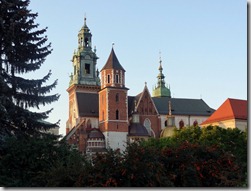 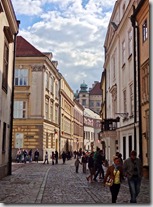 Posted by Dave Hampton at 11:01 AM No comments:

Last month, the BBC Horizon pressed the case for intermittent fasting, a 5:2 regimen in which two 600 calorie days are inserted into an otherwise normal week.   The host claims that he lost weight and improved his  blood chemistry (glucose, cholesterol, and IGF-1) in 5 weeks.  I’ve been following the recommendation for two weeks now, setting food aside on Monday and Thursdays: it’s not too difficult if I’m busy and there doesn’t seem to be a rebound to overeat other days.  We’ll see… 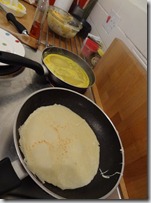 I still watch the occasional cooking show (just not on Monday or Thursday), following BBC’s Masterchef in it’s latest rounds.  The Skills Tests have been particularly good: John Torode cooks a basic dish then sets the contestants loose to try to duplicate it.  They look dead easy, and the Crepes Suzette, in particular, sucked me in.

He stirred up a basic batter of flour, milk, egg, and butter, thin and runny compared to pancakes.  Grated orange and lemon mixed with a syrup of butter, sugar, and orange juice formed the sauce.  A bit of brandy to flame on top, and it was done in 10 minutes.

I whipped up the batter and put the sauce on to simmer: it filled the ten minutes allotted, but that was fine.  I got my olive oil simmering and spooned in a few tablespoons of batter.  It hissed and mounded: a 1” by 4” pancake.  Dump it out, try again: cooler oil, faster spooning, and a lot of turning to cat the bottom of the pan quickly, a bit like making an omelet.  With a couple more, I had a nice thin layer that cooked to a lovely brown.

Turning it over was another matter. A fork tore the crepe; tongs folded it over.  I experimented with flipping and found that it was easier than it looked: lateral motion along with a deft scoop lofted the crepe enough to catch it, turned, as it fell back.

The syrup took longer to cook than expected, so wasn’t quite thick enough, and the heated brandy needs to be flamed before pouring rather than poured, then lit.

But it was a credible effort and tasted really good.  Another try and I’ll add it to my repetoire alongside the chocolate fondant. A crepe pan, coating the bottom, might make a difference, and a chocolate topping with powdered sugar, preferred in Poland (Naleśniki), makes a nice alternative.

The difference is that they serve it for breakfast. Preferably not on Monday and Thursday.

Posted by Dave Hampton at 9:21 AM No comments: 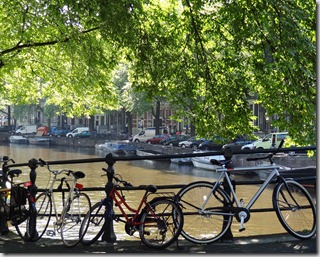 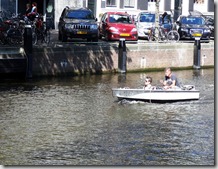 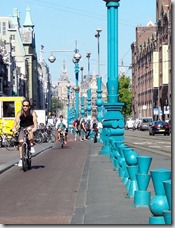 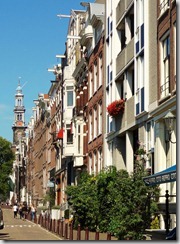 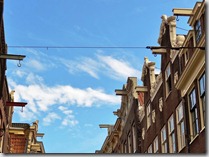 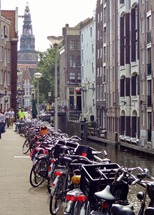 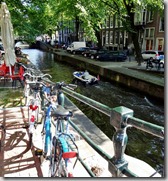 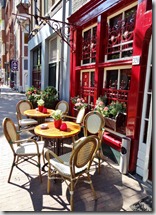 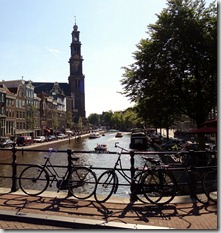 Posted by Dave Hampton at 12:33 PM No comments: