It’s been a (too) busy week.  Seattle, Atlanta, Jacksonville, Cambridge.  Long looping talks with business partners to find a way through our current impasses; long loopy meetings with investors (in offices filled with enviable golf, car, and skiing pictures) spinning an aspirational future.  “Should we take the 1.2 million route, or the 2.6 million route?”  A shrug, Take both – it’s not that much money overall  You probably won’t even need a VC.  We drove back to the hotel in a Mercedes SL convertible.

I always feel like I need some isolation, quiet, sleep after an intense week of planning and negotiating.  Part of it is the introvert’s problem of getting fatigued rather than energized by a full social calendar.  Part is needing to assimilate all the ideas and reminders that fill page after page of my notebook, waiting for organization and action. It’s simple jet lag, complicated follow-ups, things left undone and a need to catch up.

Piaget spoke of the balance between assimilation and accommodation, between understanding and learning, between getting your mind into it or getting your head round it, respectively: 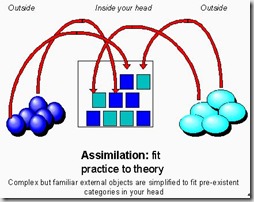 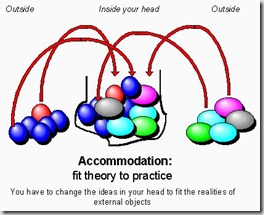 Posted by Dave Hampton at 1:07 PM No comments: Links to this post 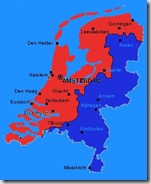 When I tell people that I live in the Netherlands (or, if in the US, “Holland”), their first thoughts turn to dikes, cheese, drugs, and Wilders (or “Liberal Politics”, if in the US).  The Dutch famously live under water (roughly the red part of the graphic to the left) and so they micro-manage the landscape with deft attentiveness.

For much of the financial crisis, they did the same with their economy.  I noted a couple of years ago that growth was good, inflation was low, unemployment (and, especially, among youth) was far below that of the US or UK,  and people seemed generally prosperous and optimistic.

I was, thus, surprised to read the most recent economic statistics.

Or, for the visually inclined, it all looks a bit, well, onder water:

Spiegel recently printed a good analysis of the underlying causes of the turdown.  I’s mostly rooted in the right-hand graph: drops in real-estate values have hit both banks and consumers hard.  The government has responded with austerity, higher taxes and lower spending, exacerbating the pressures on businesses and employment.  They note that the unemployment rate may be markedly understated if the Zelfstandigen zonder personeel (a large category of 880,000 self-employed freelancers) aren’t fully employed.

So far (knock on wood) my Dutch business is doing fine, bringing in work and paying taxes.  I’ve noticed an increase in quarterly audits by the Belstingdienst, requesting bank records and original copies of invoices each quarter (and raising my accountant’s charges).  My office rent is up 3%; bank fees are being increased.   US firms are complaining about pass-through of the new 21% VAT on my Dutch subcontractors.

The commodity that is in shorter supply now is confidence, suggests Dutch Finance Minister Jeroen Dijsselbloem.  He preaches austerity in the Netherlands, proposing to cut over 4 billion euros from the 2014 budget to meet the 3% deficit target.  Similarly, as Eurogroup President, he pitched a tax on depositors as well as bondholders to bail out Cypriot banks.  These measures were reversed last week by Prime Minister Rutte, who promises (unspecified) pro-growth policies that that will make additional austerity unnecessary.

It all sounds a bit like the ‘cut vs. spend’ debates that have dominated political economic discussions in the UK and US since 2008.  I thought the Dutch were immune, managing cash flows as

surely as they channel the spring runoff through Maastricht.  I suspect they’ll find their tunnel through the issues.

But not without at least a brief, and uncharacteristic period of being onder water.

Posted by Dave Hampton at 12:29 PM No comments: Links to this post

A few days in Seattle

I’m in the US for a few days of corner to corner business meetings – Atlanta, Seattle, Jacksonville – mostly  planning for next steps with our surgical monitoring device.  The news is dominated by the Boston Marathon bombing, I kept one eye on developments while spending the wet weekend moving and re-provisioning.

It’s been a big milestone for my daughter, who has moved into a new apartment with her BFF and her hondje.  It’s really nice and they are gathering together the things that make it function and make it home.  There’s a knickknack shelf with souvenirs from their travels: Dam Square’s Darth Vader gets pride of place at the top of their UN. 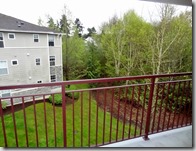 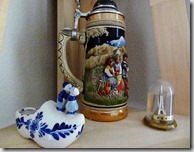 I took a page from European life and ventured onto public transit for the first time in decades: into the city then on to the airport.  It was surprisingly good: fast, comfortable, cheap, well crowded.  Unfortunately a ride requires $2.75 exact change, but the driver let me on free when I got caught with only a $20 bill.  For all the moaning by the talking heads against electric buses and light rail, the busy usage and clean carriages speak overwhelmingly to the success of the project.

It was a rare sunny day along the waterfront, the sort of blue sky on blue water on green trees and white mountains that makes Seattle the best place on earth in good weather.  I wandered the Publi Market, sat in Olympic Park, taking care of a bit of business and enjoying the people and the views. 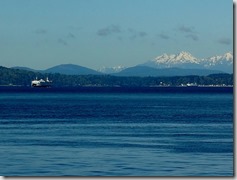 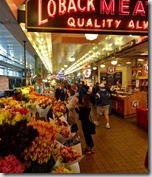 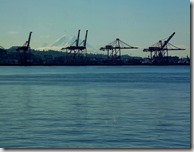 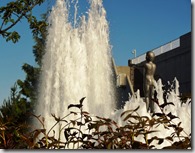 That dark riffle just offshore indicated perfect sailing weather, but I had to fly instead.  ‘’beautiful day from any angle.

Posted by Dave Hampton at 2:08 PM 2 comments: Links to this post

Email ThisBlogThis!Share to TwitterShare to FacebookShare to Pinterest
Labels: Idle chit-chat, US Travel

It’s been kind of a tough week – I think I’m feeling too close to “older” with the passage of the birthday.

In part, I know it’s malaise from Berlin, from watching a peer turn 60, from contemplating the injustices done by men onto men, generation on generation.

There have been three hours of brainstorming the future with a friend over beers.

Three days since my father re-entered the hospital for an  emergency.

In part, I’m feeling like time is running out on my businesses (and maybe on me), echoes of realists reminding me that if I don’t get going on a startup I won’t be able to, that people won’t give credibility or money to anyone past 60.

It’s been how I find myself dividing the generations into ‘young’ and ‘older’ for the first time.

It’s partly looking around the trains and busses and finding everyone is younger than I am.

And it’s partly that I am still on a train or bus at all.

I’m becoming cynical about the media

It’s being called technopobic for wanting to have my transactions done in person.

And for finding that MP3 players are disappearing.

It’s the tragedy of the Boston Marathon. bombing.

It’s a bit of reflecting on the speech that Aaron Sorkin wrote for The Newsroom:

We used to be great.  We stood up for what was right. We fought for moral reasons, we passed and struck down laws for moral reasons. We waged wars on poverty, not poor people. We sacrificed, we cared about our neighbors, we put our money where our mouths were, and we never beat our chest.

"We built great big things, made ungodly technological advances, explored the universe, cured diseases, and cultivated the world's greatest artists and the world's greatest economy. We reached for the stars, and we acted like men. We aspired to intelligence; we didn't belittle it; it didn't make us feel inferior. We didn't identify ourselves by who we voted for in the last election, and we didn't scare so easy.

It’s a bit of helping my daughter move into her new flat, remembering my first after college, not so long ago.

My son is taking severance from the Air Force, where he’s really succeeded, to return to college,where he didn’t.  But I know he can do it.

So it’s returning home to toss out furniture from the empty nest in Seattle, thing chosen lovingly and with purpose, now outgrown and worn.  And so to the dump with them.

And it’s the mementoes that I find among the emptied drawers.

It’s partly a creaky shoulder and a stiff ankle, tossing out skis that I’ll never use again while friends are still going to Big White,

and a bit of feeling that I’m not as clever as I thought I was.  People get judgmental after 50.

It’s too much winter in Maastricht and Cambridge, now Seattle, then a flash of summer as I head to the plane.  Again.

Of feeling like I have 50-some years behind me, and maybe 20-some ahead.

It’s jet lag, awake in the darkness wondering whether I’ve missed something important during the day, or had a nighttime epiphany that I’ll lose by morning.

And knowing that I will drop the hammer on a former business partner in three days.  But won’t tell him that over breakfast tomorrow.

And reading papers, and the paper, and feeling like I may be understanding it all too late.

or maybe not really understanding at all 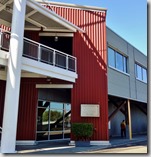 In part, it’s my  lawyer saying that we really don’t know anything about business, I still think like a scientist,

even though I do.

Or over my head, I wonder, finishing the sentence but not asking.

I know it’s all just too late a (cheap) flight, a little complementary wine, and the kid in the row ahead who plugged his laptop into my outlet even thought I asked him not to.

and it shouldn’t matter.

Posted by Dave Hampton at 3:15 PM 2 comments: Links to this post