Carnival is the annual pre-Lent party and the biggest thing going in Maastricht, late winter.  Sometimes it snows, other times rain, but all times it’s a feast of bright colour, boundless creativity, diluted beer, and questionable taste.

This year dawned cold and clear: when I went out early to ick up milk and croissant, there were only a few costumes tumbling along the cobbled streets, scant tricolours hung. 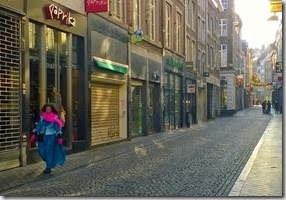 But at the Vrijthof, the square was filling quickly with families, themed groups, carts, and music. 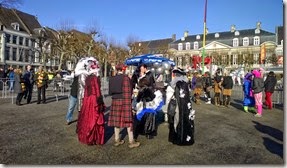 The ‘t Mooswief rolled in and the crowds swelled. 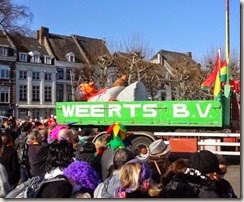 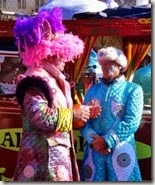 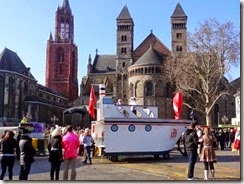 The Raising was a bit anticlimactic because the confetti failed to deploy, so the mayor fired a few extra cannon shots for effect. 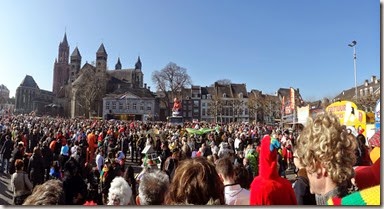 Then back to the ‘skade to watch the parade pass beneath the windows.  Its one of the best things going about my apartment, especially when a beer truck sets up just downstairs. 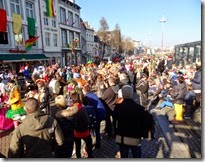 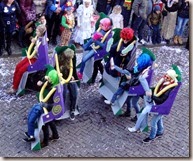 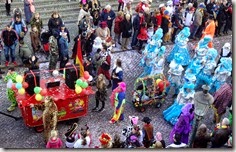 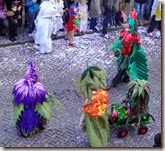 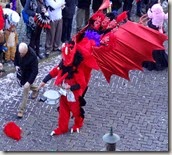 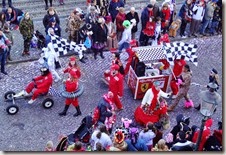 And the revelry, the oompah music and the Brazilian drums, the bier en frites, laughter and shouts, rolled down every street and echoed through each alleyway, all the night long.

Many more, and many better pictures on my Flickr site.