Last Tuesday, I described insightful work by Kurt Vonnegut and computer analysis by Matthew Jockers outlining the Sentiment Arcs common to many novels.  But stories are also the way that way organize and narrate events in our lives, so it’s tempting to ask which model best fits my style.

I suspect I’m a classical “Man on a Hill” sort.

The day usually starts out a bit south of neutral: it’s earlier than I’d like, there’s a lot to be done, and I haven’t had my coffee yet.  A glimpse of the overnight emails doesn’t help, and I

start making notes for the day’s work while waiting for the shower to open.  I’m not working, but not yet in my happy-zone.

At the opening bell, though, I’m getting on-pace, finding my rhythm.  The phones start ringing, the train’s on time, I’m connecting with people.  There’s a growing sense of possibility.

I probably crest in the early afternoon: I’ve got a fair 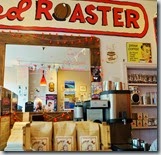 number of things ticked off and hours left to make headway on the rest.  Its likely some things are settled, and I’ve taken time out for lunch and a quick walk to shop.  The sun is shining, the birds are singing.

Late afternoon, the undone things become won’t-be-done’s.  A last few calls are asking for things that would require evening work (I decline).  ‘off to the Leisure Centre to pound the bike while trying not to watch Jeremy Kyle.  I can feel things slipping. 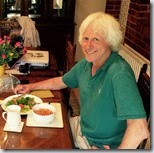 Home by 7 and making a light dinner before settling in with a book, movie, or series show (I get fewer answers correct on University Challenge than I should).  I’m tired, but make a couple of calls to the US, worried that I might have forgotten something important.  The day winds down.

Its been pointed out that Flowers for Algernon is the classic Man on a Hill story.  Not a good model.

It could be time to fit mood and habits to a different arc, perhaps  cumulating the positives through the day and ending with a joint shore walk.