It’s windy enough to blow the wine glasses from their hands along the West Country beaches, obse5rved the BBC commentator on Radio Solant.  We’ve had alternating days of sun and storm all week as fronts blow through from the southwest.  The Netherlands got it worse than we did, with high winds and property damage through the North.

In the Pacific Northwest, Storm-watching is a cozy weekend pastime: find a B&B, light a fire, watch the waves crash in from beneath a comforter with a mug of coffee.  The British are much more teeth-of-the-wind sorts: when the storms blow in, it’s time to pull on the Wellies and wander down for a look.

Barton-on-Sea is at the mouth of the

Solant, pebble beaches with great views of the Isle of Wight.  There’s a lovely little café at the top of the cliff that fills in for a B&B, apple cakes and hot tea while wind and rain rattle the windows.  Then the trek down to the beach for a long walk alongside crashing surf.

It’s a fun morning, few sailboats or surfers in evidence, but ideal for a walk, a talk, and a laugh together while the stormfronts blow through. 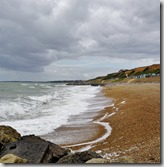 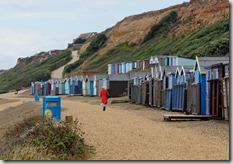 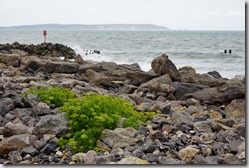 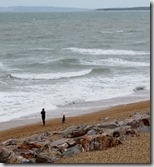 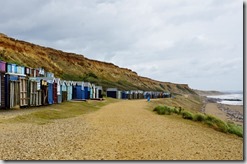