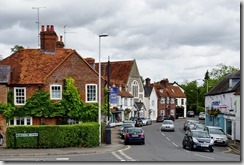 This weekend formed a part of the three day celebration of Eid-ul-Fitr , which marks the end of the 30 day fast of Ramadan.  This is traditionally a sweet Eid, as opposed to Eid- ul-Adha (celebrated 2 months and 10 days later) which is known as a ' meat' Eid.
So, in keeping with the sweetness of this Eid (as well as my normally saccharine nature), I attempted a New York Cheesecake for our celebration.

It was, as well, a nicely confected reason to enjoy the sunshine and sweets on display at the Hungerford International Market. 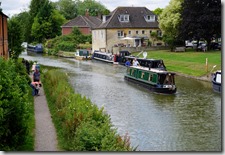 The village of Hungerford is much more modest than the grandly named festival (although the town itself can be too self-consciously ‘vintage quaint’ at times).  It sprawls across the River Dun and the Kennet and Avon Canal, filled with longboats and tour barges that cruise the verdant Berkshire countryside.

On a warm sunny day like this, a walk along the winding paths and brick bridges is especially relaxing.  The day’s only error was to mistake a riverside residence for a restaurant: the residents were nice enough to offer tea when we wandered in.  We were nice enough to leave them be.

Hungerford holds the oldest continuous celebration of Hocktide, a post-Easter period of feasting and leisure granted to medieval farmers by their lords.  More darkly, in 1987 the village suffered the worst firearms tragedy in modern Britain, when a lone gunman killed 14 people and wounded  many more.  A motive was never determined, but the incident directly led to a national ban on semi-automatic  rifles and large-magazine shotguns.

Today, the food stalls clustered orange and yellow along high street in front of the old Town Hall and Corn Exchange. It had a Continental feel, oily French langoustines and up the row from light Italian pastries, sausages and tins of foie gras alongside wheels of cheeses and cured sausages.  A whole hog gave an American touch (wholly underseasoned), a Moroccan tent recalled days in Marrakech. 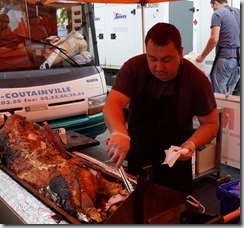 Being uncertain of my baking in a gas oven, I hedged my Cheesecake with a few pastries and cheeses.  The Guardian’s take was flawless, though: except for a bit of mushiness in parts of the crust, the cake set well and had the right texture and flavour (although still pallid next to the w.wezen’s traditional dishes) 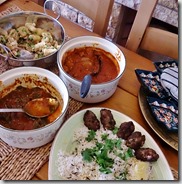 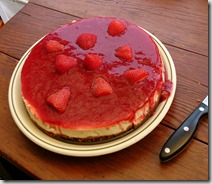 Alongside an authentic chili, I still believe I could make a killing at a Yankee Food Tent at one of these festivals some time.