The nature of tragedy 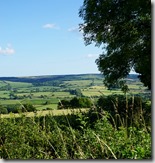 What is dramatic tragedy?  Where comedy makes us laugh and drama tells a story, tragedy is harder to define.  I think of it as a narrative that leads to a bad outcome, despite the good intentions of everyone involved.

Against the run of summer Shakespeare, I’ve been reading  concordances, where classical tragedy is described as:

A story in which a person of high status undergoes a change of fortune.  The person is neither wholly good nor wholly bad, but of moderate character who falls  from greatness through a ‘tragic error’ (hamartia: tragic flaw), which need not be moral, and may only be a mistake.  This leads to catastrophe and ultimately to self-discovery.

In theater, as in life: How do we distinguish fatal flaws from fatal temperament? At what point do bad behaviours suggest a bad person, rather than a tragically misguided one?  The distinction is important, because it separates those who we might pity or forgive from those we need to judge and avoid.

I think that there are three characteristics that distinguish the two:  Opportunistic violation of trust, harmful acts without regret nor remorse, and selfish social manipulation.   Repeatedly observed, it crosses a  line in business, in friendships, where I just give up trying to excuse or fix things.

Where possible, I cut these people off and construct paths around them.  Yet there are those with money or influence who can’t be evaded.  What tools do we have to deal with truly bad people?

Colleagues suggest that the only approach is force: you bloody a bully’s nose.  I use flattery and temptation if I’m being constructive, guilt and threats if I feel confrontational.  In recent challenges, a combination has worked, but likely more through patience and luck than any particular tactical or rhetorical skill.

I continue to believe, optimistically, that most people are good.  Hard work and sacrifice will yield valuable and redemptive rewards in their lives.

However, I don’t reciprocally, wish bad things on bad people.  I believe in second chances over forgiveness, and in extending kindness where I can’t give trust.

And I ultimately believe in karmic balance: a small, mean, irrelevant life is the tragic reward of those who fail to transcend their hamartia.