We decided to take a weekend swing through London, time off ahead of a crowded September travel schedule.  The usual survey of theater and galleries didn’t turn up much, though. What about the Notting Hill Carnival?

Carnival is a spring event in the Netherlands, preceding Lent.  In London, the Carnival is a celebration of all things Caribbean originating in  1959. More of an Arts Festival, it’s steel drums and Jamaican bands, jerk chicken and piña colada, sitting on the curb and watching the parades. 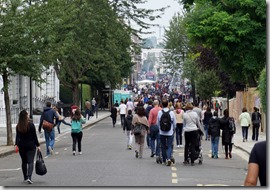 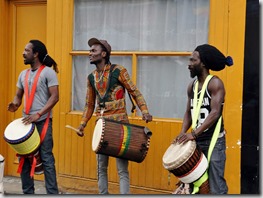 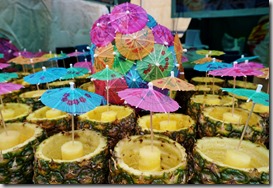 Unfortunately, Sunday was Children’s Day and the parades were hours late.  There was, however, ample entertainment to be found in the costumed people skating by, the police removing cars, and the music on every street. 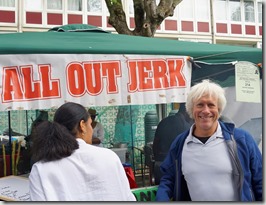 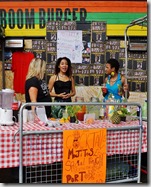