When I last visited Tokyo in the mid-80’s, ‘finding my way out of the train station’ was the biggest challenge.  The station had many labyrinthine levels,  the signage was impenetrable, and there was no natural flow of people leaving towards the streets.  I remember standing stock still, trying to get my bearings, while a viscous tide of commuters flowed and eddied all around me.

But it’s a mistake to give up on mastering the subway system.  It’s faster and much cheaper than a taxi, the signage is considerably improved, and the system has its own logic.

Begin with the ticketing area: It’s easier than it looks. 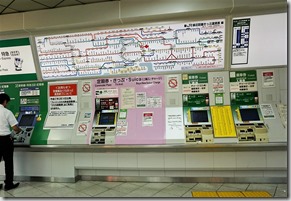 Find the map, and your location (marked with the arrow) 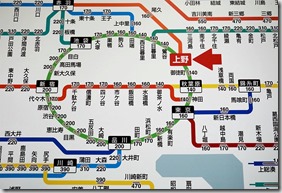 Okay, more complicated than the Underground.  But the most common destinations lie on the central ring, or a couple of stops off of it.  A street map (or Google maps) will suggest the nearest stop to your destination, and then it’s a matter of standing and searching until you find it. 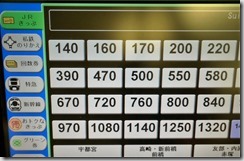 Once you find your destination, the key is in knowing that the numbers on the map represent the fare needed to reach that destination.  Remember the number, then move to the ticket machine.  Find the number, pay it in coin, and retrieve a ticket.

Follow the colour for your line to a train platform.  Routes are posted along the pillars, check that your destination is listed. If not, you’re probably one platform off, and just need to slide to the adjacent one. 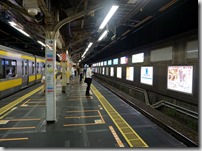 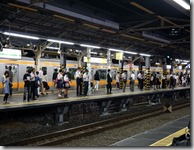 Look down: stand in the market chute to enter the train.  As it pulls in, check whether it is a Rapid Train (indicated in LED messages on the side), which skips stops. 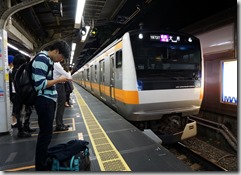 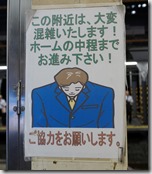 Once on board, the guidance is bilingual and visual: there should be no problem counting stops to the destination. 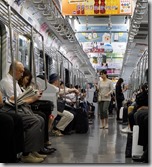 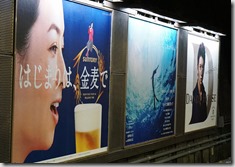 The ticket machines at the exits work a lot like the Underground: slip it into the slot in the turnstyle, the gates open, retrieve it on exit unless it is your last stop.  If you somehow miscalculated, there is a fare adjustment window / station to one side where you can top up the tickets.

A side benefit of the subway is that a lot of really good ‘hole in the wall’ restaurants lie beneath the stations.  Take a moment to check out the possibilities: we found a really good sashimi bar along the tracks beneath Tokyo Station,near the Marunouchi business district 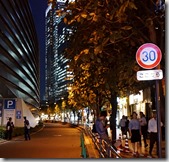 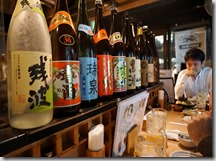 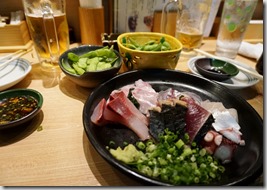 Maybe Tokyo has become more international-friendly, maybe I’ve become more adept and confident from riding trains in Europe.  But it seems a lot easier than 30 years ago.