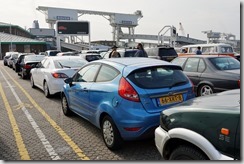 I’m starting a 10-day trip to the Netherlands and the United States, a mix of business and family stops.  A lot revilves around vehicles: it’s time to trade in my lease car (3 years, 110,000 km) and time to sell my son’s jeep.  Both have a lot of memories attached, it’s a bit of a milestone each way.

It’s also my first voyage on an outbound ferry since the interrupted trip in May.  The queue’s are longer than they were then, a consequence of the migrants flowing west across Europe and the unrest in Calais all summer.  Stops to inspect the trunk (boot) and undercarriage are routine, and advice is handed out prior to boarding.

Trucks are backed up for (literally) six miles leading into the Port of Dover. The police are running a roadblock on the M20 motorway called Operation Stack: the goal is to divert trucks (lorries) before they join the lines at the docks and the Chunnel.  From a driver’s perspective, though, it’s a pointless get-off / get-on the road detour that adds 20 minutes to the journey east.

DFDS now offers a Sea View Lounge pass for £8, comfortable chairs, newspapers, wifi, and snacks apart from the crowd that sounded like a good deal.  It’s a small space on the upper deck, the good chairs pegged early by others..  Tea, coffee, cookies (biscuits) and crackers are on offer, along with a doctor’s office selection of news.  The quiet is nice, and the worktables were good: it’s worth what you pay for it, I suppose, but it doesn’t change the ambience of the cruise.

The crossing was smooth and quick, a beautiful day for enjoying the white cliffs and the sea breezes out on deck

An uneventful drive across Belgium, around Brussels, through Liege, and finally down into the ‘skade.  I dropped the car along a side street, said hi to friends, and walked back in the gathering twilight. The bike tunnel was a bit spooky underneath the rail station, empty and echoing. 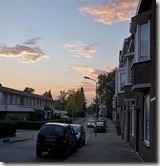 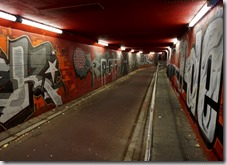 The fietsen sailed past, Bert gave me a big ‘hallo, the kerkklokken chimed then hours: was nice to finally settle in with mijn biertje en boekje,once more t’huis.