A night at the opera 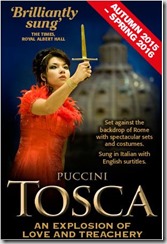 We all decided that we needed to get out more often for social / cultural events: Barry Manilow is in town this summer, Carole King will be fabulous, and Tosca is playing in Woking.  Sung in Italian with English surtitles (translations on a reader board above the stage), Ellen Kent’s production was well reviewed and had the lush sets, professional singers, and full orchestra that would make it memorable.

Opera is a totally new experience for me.  My graduate advisor at Northwestern was a big opera fan, and I offered that I’d like to go see one some time.  If you haven;t been to an opera by the time you reach 21, you will never appreciate opera, he sniffed.  That was enough:” if opera  had that opinion of me, then that told me everything I needed to know about it.  And so the situation stood for 40 years.

We all took the train over (w.wezen on the right) and enjoyed a good Turkish tasting dinner together ahead of the show.  (No alcohol was served, necessitating occasional runs out to the corner store for bottles).  Then over to the New Vic to settle in, close to the stage and able to see it all. 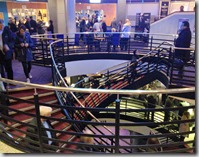 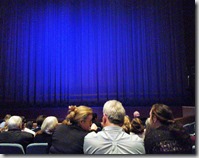 I thought that it was absolutely enchanting.  Although nearly 3 hours long, the production never dragged.  The characters were so broadly drawn that it was all great fun to to follow their contortions and emotions, and the soaring singing was first-rate. 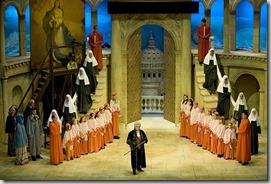 The story was confusing in spots (I didn’t pick up on what happened at the end until later when it was explained to me), and the surtitles were summaries rather than translations.  Intermission was a good break to glug some drinks and have a good chat about it all, and I got caught up with the subtleties quickly.

But it was colorful, emotive, and engrossing: really could not have asked for a better evening out together.  Next: Carmen, everyone agrees.