It’s been a couple of weeks of bounding about.

First, a trip to the corporate parent in Uppsala, then together in London for the Manilow concert.   ‘flight to Amsterdam the next afternoon and a train south to Maastricht, arriving at 1 am (suitcase clacking along the empty cobbled streets, feeling vulnerable).

The rushing about was well worth it, though: I’d been looking forward to Raluka and George’s wedding. I hosted family guests at the apartment, and attended a lovely ceremony at the Star of the Sea Basilica.  The reception at the Bonnefantenmuseum was a good chance to meet everyone, talk politics and travel, and swap a few expat and entrepreneur stories.

The ice-breaker for the table was to match a phrase to each  guest.  Mine was “Dutch Gardener”, harkening back to my inburgeren when I was mis-identified as needing job training.  ‘seems so long ago.

I took my leave at 10 pm to get up to Schiphol for a quick overnight sleep before flying to the US at 10 am.   Unfortunately, track works and dropped trains left me stranded with a hundred others on a platform in Amsterdam Centraal at 2 am.  NS was uncharacteristically disorganized:  we were herded onto trains, then hustled off of trains, before finally boarding a special run to the airport at 3. 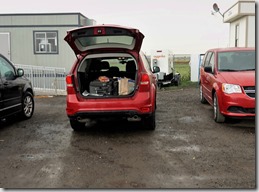 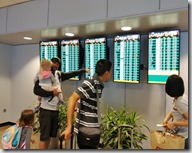 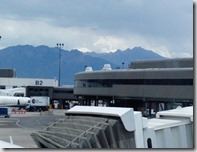 I spent a week bouncing around the US, welcome time with family and friends, absent since New Year’s.  There was sincere intent to come back sooner, but April and May were more than demanding.  I do need to get back to a quarterly commitment: I know when I’ve been away too long. 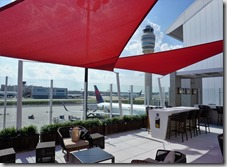 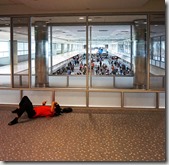 I expected worse of TSB Screening, but they moved along well despite long queues. The flight back was bumpy and unpleasant, dropping into London at sunrise.  A short nap, and off to another concert on the evening of my arrival, neatly bookending the trip.

It’s likely the end of intercontinental travel for the summer.  This ten days were an echo of the manic pace I used to have every couple of months.  I don’t miss it.