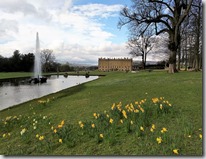 The great English landscape gardener, Capability Brown, transformed the working farmland and small formal gardens around Chatsworth House to rolling gardens in 1760.  Joseph Paxton added the kitchen gardens and glasshouses a hundred years later during his period as head gardener. 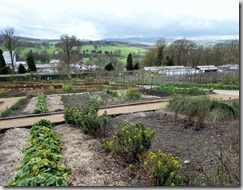 Today the trails above the house meander through mature woodlands, flower beds, and sculpture displays between the working gardens.  Turns in the path open to dramatic views of water and sky, framed by natural and architectural accents, the whole estate extending across 405 hectares. 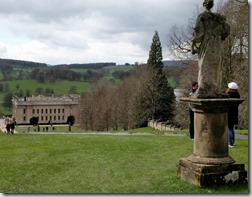 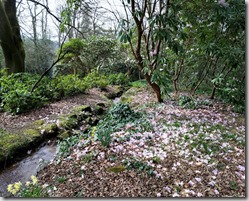 Lancelot (Capability) Brown’s style was style founded on two principles.  First, the practical: that the finished gardens should meet their ‘capability’, providing for every need of the great house.  The second was elegance: the features of the garden must cohere to a grammar of features.  The result was was a pleasing (for me, anyway) alternative to the geometric and boxed French gardens, lots of grassy planes with open views, scattered trees and hedges, and winding waterworks and lakes. 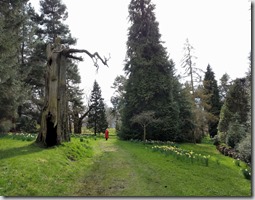 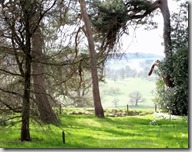 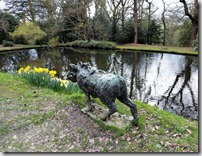 It didn’t come cheap: the Chatsworth gardens took 25,000 man and horse days to create, and cost over £40,000 (nearly £6 million in today’s currency).  Still, on a sunny warm spring day, their real value is evident. 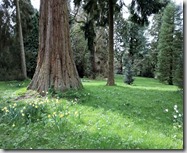 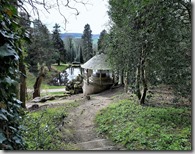 Posted by Dave Hampton at 8:02 PM No comments: Links to this post 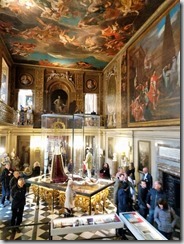 With meetings finished for the week, we decided to head north, rather than south, for the weekend.  Trees and flowers are blooming later in Derbyshire than in Dorset, but there was a hint of spring warmth and likely only light numbers of visitors to the Peak District.

Chatsworth House, towards the southeast corner of the Park, is one of the enormous stately homes beloved by the British.  It was established by the Cavendish family in the 1500s, located in the Derwent River valley half way between Bakewell (of the  Frosted Tart) and Chesterfield (of the 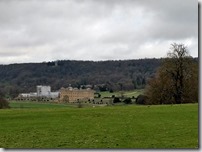 The home is an enormous beige Tudor block, set in lovely green rolling gardens: the current Duke and Duchess host tours and rotating exhibitions.  Currently, ‘500 Years of Fashion’ are on view, a well-composed collection that rambles through two floors of the House.

The Cavendish family has been prominent in British politics, culture, and diplomacy for eleven generations, and  the assembled photographs and ballgowns reflect their evolution and influence across the centuries. 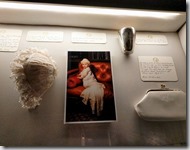 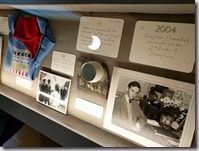 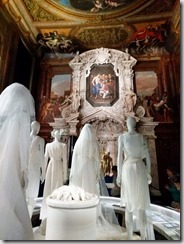 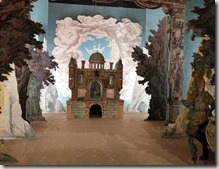 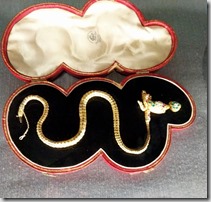 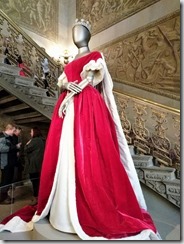 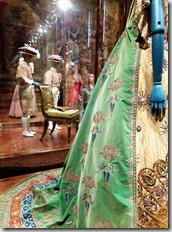 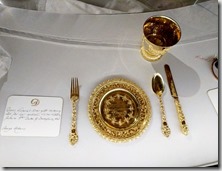 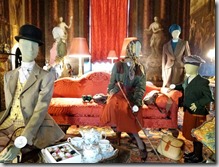 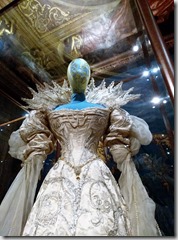 The interiors are occupied and composed, with none of the feel of an attic on display that some Homes have.  Here, rooms reflect everyday life: Writing desks are laid with diaries and letters, the formal dining room is ready for a dinner like I have never attended. 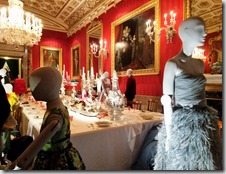 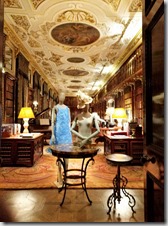 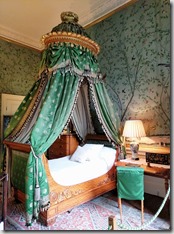 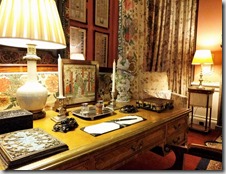 The size of the table would only allow for conversation with nearest neighbors sitting alongside: did people mingle or rotate between courses?

Similarly, how would daily life flow through so many rooms: there had to be many fewer social and family interactions in the House than would be the case in a Home today. 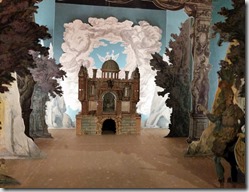 Every room seems to be a stage, decorated and lit to impress, even those unlikely to ever have seen a visitor.

I suppose it was a reminder to them, as it would be today, of their heritage, position, responsibility, and wealth.  In a time of Brexit, it is a preservation of how British exceptionalism was defined for centuries.

At the same time, in our populist age,  the Chatsworth is both egalitarian and voyeuristic.  The parade of ordinary people gaping at their stately rooms and taking selfies with poised dresses is leveling and polarising: they are so like us, but really not like us.

Posted by Dave Hampton at 9:50 PM No comments: Links to this post